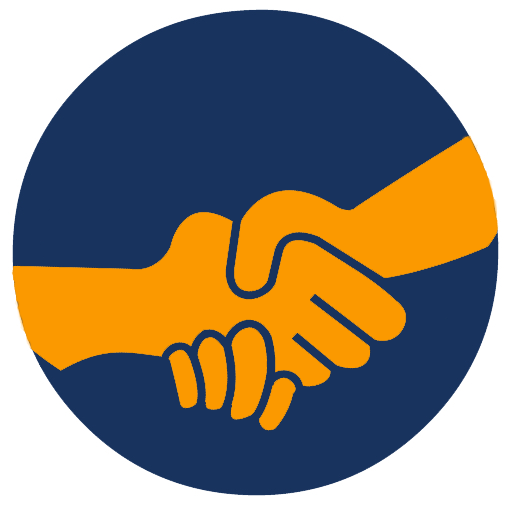 In her call for proposals for CCCC 2016, Linda Adler-Kassner challenged us to turn our expertise in writing into action. Specifically, she dared us to use the annual CCCC convention to “articulate—for ourselves and to and with others—what writing is and does.” We responded by imagining how the Coalition could marshal members' shared knowledge of rhetoric and writing specifically for feminist action. After all, as we wrote in our own CFP:

The Coalition of Women Scholars in the History of Rhetoric and Composition is an activist organization. Think about it. Twenty-five years ago, how could a learned society dedicated to feminist research, histories of women, and studies of gender and sexuality in rhetoric and composition be anything else? Certainly, the Coalition's founders understood that the personal and professional are political. They also knew the importance of coalitions, of groups that represent, of alliances that capacitate everyone involved to act.

Recognizing that “[t]oday's C[F]SHRC members share these goals and are eager to share strategies for taking action,” we developed the 4C16 "Action Hour" as a two-part platform dedicated to feminist capacity building. Action Hour, Part 1 took place in Houston, TX, during the Coalition's annual Wednesday night session and featured a dozen concurrent micro-workshops. Part 2, the remediation of that event published here, provides Peitho readers with a virtual toolkit they can use and reuse to enrich their own and others' feminist activist praxes.

We chose the pedagogical genre of the micro-workshop for the ways in which it connects activism with teaching and learning. Too often in the academy, the activist aspects of both feminisms and rhetorics are diminished or lost. As a counter, the micro-workshop invited feminist rhetoricians at CCCC to shine as feminist activists by engaging with one another as feminist teachers and students. Indeed, the brief, 10- to 12-minute workshops, which leaders had the opportunity to facilitate three times for at least 150 participants, underscored how much we have to learn from each other about a wide variety of topics:

Our call for participants along with the workshops that followed enacted the Coalition's recent recommitment to inclusion, an action that involves "examin[ing] not only our own positions but also the connections we are forging with different people within the field," as Stephanie Kerschbaum writes. In 2014, our 25th Anniversary Gala was as much a moment of reckoning as a time of celebration, as past Coalition Presidents Barbara L’Eplanttenier, Shirley Wilson Logan, and Kathleen E. Welch urged us to reflect critically on our constitution, meaning our character as an organization as well as our governing documents and structures. They and others, including colleagues interviewed in Alexandra Hidalgo's documentary Lifting as We Climb, called particular attention to the Coalition's persistent whiteness, while the subsequent work of the Task Force on Mission Articulation illuminated additional, intersectional areas for improvement and change. Our new name—the Coalition of Feminist Scholars in the History of Rhetoric and Composition—is perhaps our most visible response, a step toward greater inclusivity made by an Advisory Board vote at the end of the 2014-16 term. Jenn was operating in the same spirit when she distributed the CFP for Action Hour, issuing both a general call for micro-workshop facilitators and direct invitations to CCCC Caucuses and SIGs, including the four whose participation is documented here: the Asian/Asian American Caucus, the Black Caucus, the Latinx Caucus, and the Disability Studies Standing Group.

Trish conceptualized this webtext through the metaphor of a toolkit. This toolkit offers a more old-fashioned collection of individual resources that can be put to various uses. At the same time, this toolkit is anything but old-fashioned. As an academic publication, it refashions feminist scholarship as a user-generated, participatory, and action-oriented resource. To that end, each micro-workshop (accessed by clicking the unique tokens on the Action Hour landing page) opens with an invitation and ends by offering resources useful for taking further action.

Some Peitho readers will take action by clicking through individual workshops and engaging in traditional academic responses: namely, citation and instruction. Others will arrive at this text in a different mode. They will land on the Peitho 19.1 Table of Contents seeking inspiration and/or models for feminist action. These readers will adopt and adapt the materials workshop leaders have offered, inventing and reinventing them in relation to the action they wish to take. Whatever the case, we welcome all Peitho-based Action Hour participants to join us not only in action but also in solidarity. With Sara Ahmed: We "d[o] not assume that our struggles are the same struggles, or that our pain is the same pain, or that our hope is for the same future." Instead, we invite the activists who gain access to Action Hour through this publication to join us in shared commitment, work, and recognition "that even if we do not have the same feelings, or the same lives, or the same bodies, we do live on common ground" (189).

At present, the ground we share feels unusually uncertain, and we write with a heightened sense of collective endangerment. Recently, the Coalition issued a statement of solidarity in order "to recognize and bring attention to the unique challenges involved in feminist writing, teaching, scholarship, and leadership" in the post-11/9 era. Pointing out that "work in rhetoric and composition and feminist methodologies has always been political," the Coalition's statement encourages members and allies to draw strength from the past. In doing so, we do well to remember we are also contributing to the past, or at least our applied understanding of it. When we engage in feminist activism, whether individually or together, we are not only making history in the present. Through activism informed by prior events and relationships, we are also doing historiography. It is in that spirit that all of us involved in Action Hour offer this toolkit, which we hope everyone will use bravely and in good company.

From start to finish, Action Hour has been a great collaboration, involving a wealth of uncommon colleagues. In particular, we want to thank the CCCC Asian/Asian American Caucus, the Black Caucus, the Latinx Caucus, and the Disability Studies Standing Group for collaborating with us on this event. We also want to thank the CCCC 2016 Chair, Linda Adler-Kassner; convention consultant Marlene Knight; and the helpful staff at Hilton of the Americas.

This remediation would not have been possible without the talents and dedication of two undergraduate research assistants who worked with Trish at the University of California, Santa Barbara: Laura Delamare and Erika Carlos. We are grateful for the Writing Program of UCSB for their financial support for these students' time and energy.

Last, but never, ever least, to Coalition of Feminist Scholars in the History of Rhetoric and Composition along with everyone who participated in our event: thank you for attending and for talking, playing, calling and responding, drawing, writing, reflecting, and connecting.