Using Hashtags to Hash Out Feminism 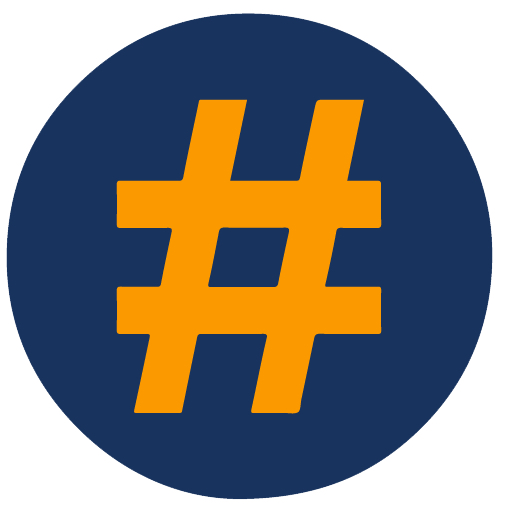 Using Hashtags to Hash Out Feminism and Composition was an Action Hour workshop wherein participants were invited to become hashtag activists, using #FemU to describe, imagine, and advocate for a more feminist university. This digital site is a remediation of that workshop, an online space that offers a discussion of, reflection on, and an invitation to participate in the #FemU campaign.

In "School Is In: Beyond The Feminist Classroom," Trish Kahle (@TrishKahle) asserts that espousing feminist pedagogy is not enough. As feminist educators, she says, we must move beyond the feminist classroom. We must “understand our classrooms as products of the broader university environment [and] look toward changing the institutions that structure our teaching” (26). Put simply, she is calling us to turn our attention to the feminist university—what I am calling #FemU.

#FemU is a digital campaign inspired by Kahle's call to action. It is a hashtag with explicitly "feminist undertones…that attempt[s] to make patriarchal structures of oppression visible" (Antonakis-Nashif 102). #FemU offers a way for us to imagine and advocate for a more feminist university while at the same time bringing to light the structures that make #FemU a struggle.


#FemU, like all hashtags, "is a saying which is also a doing...an utterance that is at the same time an action" (Rambukkana 5). In other words, #FemU is saying something about a more feminist university at the same time it is doing something to advocate for a more feminist university. It is a way to connect our words and actions to a larger conversation and a means of "performing the conversation in front of a wider audience, by comparison with the more limited visibility which a nonhashtagged response would have" (Bruns and Burgess 19).

Social media is a fruitful space for performing feminist activism due to its accessibility, mobility, and connectivity. It is accessible to those with digital devices so that "those who feel underrepresented in a traditional media public" can use it to find voice in the public sphere (Antonakis-Nashif 101). Relatedly, as our digital devices become increasingly smaller and lightweight, social media becomes more mobile as well. As a result, feminist activists on social media can "respond with great speed to emerging issues and acute events" (Bruns and Burgess 23). These rapid responses, what Anna Antonakis-Nashif calls "spontaneous accounts" (104), bypass the traditional gatekeeping mechanisms that (de)authorize certain voices and perspectives in the public sphere. For feminist activists regularly silenced by the patriarchal practices of traditional media outlets, this is especially significant. Not only does this allow us to publicly find voice, but it also facilitates meaningful connection, the construction of "intimate publics" with "like-minded people" (Olszanowski 234).

In 1999, Joy S. Ritchie and Kathleen Boardman predicted that the future of feminism and composition would be one marked by excess, by “disruptive practice[s] that overflow…uncontained and without limits” (603). Today, we can recognize the accuracy of this claim in the online phenomenon known as hashtag activism. Described as “the unserious-sounding but ultimately serious” response to inequity (Olin), hashtag activism offers one manifestation of the“uncontainable excess” (Ritchie and Boardman 603) that surrounds feminism and composition. As evidenced in hashtags such as #sayhername, #yesallwomen, and #bringbackourgirls, feminist activists are “making the hashtag their new rallying cry” (Pitts, Yu, Millman, and Valiente). In short, feminist activists are turning into hashtag activists, using online discourse to claim space and insert their voices into the public sphere.

We can more fully appreciate Twitter as a platform of excess by considering the following three characteristics:

2. Twitter promotes excess in a way that may seem paradoxical—by forcing conciseness.

#FemU officially launched during the 2016 CCCC's Action Hour workshops (although the hashtag actually came to life prior to the workshop thanks to support from fellow feminists @TheMollyD and @CFSHRC). During the workshop, I invited participants to become hashtag activists, an invitation that brought together feminist scholars with varying levels of Twitter familiarity. Some participants were Twitter newbies, sending their very first tweet during our #FemU workshop, while others were Twitter experts, comfortable navigating the Twittersphere with their tweeps. Regardless of participants' Twitter experience, however, one thing was clear: every participant could find a point of connection to #FemU. They could, based on their own experiences, perspectives, and current situations, imagine a more feminist university.

Click below to view a photo slideshow from the workshop.

You can also view this slideshow by viewing the photos here on flicker.

There are multiple ways we can take action as feminist activists, scholars, and educators.

Many colleges & universities have a required reading for first year students - a common reading that all students experience, write about, & discuss. What if THIS was the required reading? The ideas & perspectives bell hooks presents in this book are relevant & accessible. They could offer such a productive frame for the college experience... #FemU #feminism #feminismisforeverybody #bellhooks #reading #fyc #college #firstyearstudent #university #universitylife

As activists, we can take advantage of the visual nature of Instagram in support of the #FemU vision! Specifically, we can consider the ways in which the visual affordances of Instagram can enhance the #FemU conversation. What photos can we share, create, and/or re-gram to imagine and advocate for a more feminist university? In what ways can we thoughtfully bring together images and words to give visual, graphic presence to #FemU? On Instagram, be sure to include #FemU and @We_Need_FemU in your posts!

As scholars, we can embody #FemU practices within our own work. What exactly this looks like will vary for each of us, depending upon our own situatedness. For instance, to me, embodying #FemU in my scholarship means making transparent my writing processes, publishing not just my final product but also the drafts and interactions that gave shape to this text. It is in this spirit that I offer an overview of the drafting process that led to the #FemU workshop.

As educators, we can invite our students to explore hashtag activism. One way of doing so is by asking students to complete a hashtag activism analysis. This particular project can be done individually, in small groups, or as a class, and it offers an effective way for students to learn how digital technologies can impact the language to respond to, construct, and interact with with the worlds around us. I invite you to use, edit, and adapt this assignment within your own classrooms as you see fit.

We can also invite our students to engage with the #FemU campaign. Begin by asking students to identify feminist principles such as collaboration, mentorship, respect, and tolerance. There are several texts that can be useful here, including Chimamanda Ngozi Adichie's We Should All Be Feminists (in book and TedTalkformat). Next, we can ask our students to consider what it might look like to apply these principles to our universities and colleges. What does a more feminist university look like from the perspective of a student? In what specific ways are their experiences with classes, administration, financial aid, peers, instructors, etc. different from our own? How can these student perspectives offer additional breadth and depth to #FemU?

Finally, I welcome your thoughts, suggestions, and feedback. Let’s be tweeps! You can find me @MaddoxChristine.