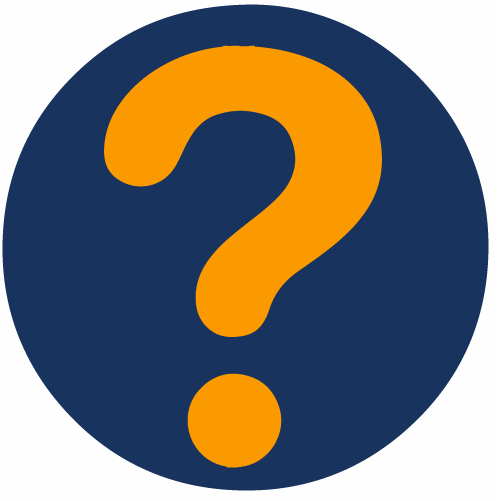 This workshop is inspired by a two-year ethnography project I completed with my friend, Susan Lundy Maute, as she was living and dying with terminal breast cancer. I have sought a method that permits a loss of control. This workshop offers a way of responding as researchers and writers when we are overwhelmed, disempowered, unsure. Thus I invite you to experiment here with a practice for the “reverse interview,” to humble yourself and to find affirmation, meaning, in your own gaps and hesitations. Our honest valuing of such spaces as they exist between researcher/participant, writer/written about, reader/text stands to pull us closer. This “closer,” in my view, is never complete. But it is an invitation to study, to serious feminist rhetorical work.

Currently I am working on a book-length project around this work. But if you’d like to read more now, you can find a seed essay in the Fall 2015 Special Issue of Peitho.

This workshop is inspired by a two-year ethnography project I completed with my friend, Susan Lundy Maute, as she was living and dying with terminal breast cancer. Our collaboration of writing, reading, and talk would carry us to the last hours of her life. Such intimate, deeply personal work—which I argue is worthy of our scholarly attention in feminist rhetorical studies—supended what I thought I knew how to do as a researcher and a writer. No sooner did I approach the early days of our collaboration with a plan and a frame, the structure was overturned by the dynamics of our relationship and deepening love, by the growing threat of Sue’s illness, and by the unknown, intangible quality of dying itself. Together we shared an urgent need to make meaning in words and to understand this drive in our unique context. From opposite sides of the experience of terminal illness, we needed to meet on some kind of shared communicative ground that assigned meaning to what was in many ways not fully knowable. I find Jacqueline Rhodes and Jonathan Alexander’s exploration of the shifting subject and their call for us to “become unknowable to ourselves” as researchers and writers to be a bold conceptual model for such work. Indeed this project changed me as a person, writer, and researcher in ways that have been at once disorienting and inspiring.

Over time, a method emerged between me and Sue, one we made essentially together that allowed me as a researcher to follow the threads of a necessary loss of control. This workshop thus offers a practice for responding as researchers and writers when we are overwhelmed and unsure. This is crucial territory for the most profound kinds of knowledge-making and, I’d argue, such knowledge-making begins in turning back on ourselves (to borrow language from Chiseri-Strater), tracing the recursive lines of our own uncertainties. Thus, this workshop invites us all to experiment with a “reverse interview,” to humble ourselves and to find affirmation or meaning in our own gaps and hesitations. Our honest valuing of such spaces as they exist between researcher/participant, writer/written about, reader/text stands to pull us closer. This “closer,” in my view, is never complete. But it is an invitation to serious feminist rhetorical work.

What I’m calling the “reverse interview” is an extension of long-standing feminist practices of reflexivity and reciprocity in the research process. The goal is to not only gather data from the interviewee but for the researcher/interviewer to also track and explore her own responses to the interview data, both in the moment and also afterwards, as a kind of second layer of mineable text. Education researcher Lisa Mazzei describes this practice as a “troubled listening”:

A troubled listening goes beyond reflexivity, although that is a prerequisite, toward an ongoing process of listening to ourselves and attempting to unmask the veils through which we filter what we say, what we ask, and what we hear. It means that we acknowledge the limits of language and attempt a listening and asking that confronts these limits. Such a listening requires courage and a willingness to break our own silences and to ask the questions that we dare not ask, that we prefer not to ask, that we prefer not to hear. It is by itself an enactment of a deconstructive methodology. (110)

For Mazzei, this work involves listening to recorded interviews rather than reading transcripts in order to identify the “non-concrete,” or what is ultimately not represented immediately in words: the gaps, the hesitations, the pauses, the questions that went unasked during the interview. For Mazzei, such “troubled listening” is an effort to pursue researcher vulnerability as yet another aspect of data. She argues that such vulnerabilities are typically lost in the coding process, which is geared, of course, to capture what is said rather than what remains unspoken. Cheryl Glenn and Krista Ratcliffe’s work on rhetorical silence and listening is foundational in helping us to move towards the sort of praxis Mazzei describes.

I understand the practice of “troubled listening” as also informed by the work of psychodynamic therapists who engage relationally in concert with their patients, charting and seeking to understand meaning behind their own reactions (visceral, emotional) to patients’ communications, whether those communications are articulated in word or in body. At root here is the generation of meaning between therapist and client, as neither one nor the other makes meaning alone at all, but only in the process of reacting or reaching for the other. This requires a willingness to be together while we acknowledge our inevitable separateness or distance from each other. Feminist psychoanalytic theorist Jessica Benjamin describes such intersubjectivity in the therapy room as the “tension between interacting individuals rather than that within the individual” (29). This practice also resists for Benjamin, most crucially, “complementarity,” which she defines as the “push-me-pull-you, doer-done to dynamics we find in most impasses” (2). Resistance to reductive binaries is fundamental to feminist praxes and, as Stephanie Kerschbaum’s work in disability rhetorics teaches us, essential to an understanding of difference as inherently relational, “predicated upon…separateness,” where we might think of “the shaping of difference interactionally” (67).

This workshop attempts to gather into a practice these conceptual influences, as well as my own experience as a researcher and collaborator (and, frankly, as journey partner through my friend’s terminal illness), in order to make space for that which overwhelms us and undoes our plans, our standard processes and methods. This, too, I would argue is method. Use this workshop to recreate the experience of listening to an audio recording, where one partner—the interviewee—talks through her responses to a basic interview question and the other partner—the interviewer—does the notation work of charting some of her own reactions, her hesitations, her moments of uncertainty. This creates, on the spot, a record that happens alongside a traditional interview transcript; what the interviewer generates is akin Mazzei’s “troubled listening,” a textual documentation of her own reactions to what she hears.

I invite you to listen to one conversation that I had with Sue. In this clip, you'll hear me reflecting upon my experience as a researcher and also as a friend. In order to practice reverse interview, I encourage you to listen closely and reflect upon your experience listening to this conversation, what is said and not said, what feelings you hear and your own emotions as a listener who is attempting to pull close to our voices.

Once we generate an initial “reactive” text, this workshop asks participants to mine it closely and interactively in order to discover and pursue the possibilities embedded in their own first responses. I allow time for participants to thus work on their initial written “response” record, inserting additional questions (including and perhaps especially the ones they were initially afraid to ask), associations, tangential thoughts, and confusions. With this move, I hope to extend the process of reaction towards one of meaning-making, as a way of beginning to understand difference “interactionally,” as Kerschbaum instructs. What results ultimately is a layered understanding of what happens uniquely between us, a phenomenon that could and should shift and change as pairings (interviewer/interviewee) do. Drawing on Bakhtin, Kerschbaum reminds us, “No two individuals will ever have the same relation to each other as they do to any other individual, and no situation will be exactly like any other current, past, or future situation” (68).

Follow these steps to implement this 15-minute workshop. You should consult the original “Action Plan CCCC 2016” for appropriate pacing.

Want to listen, watch, and learn?

Here's part of a talk by Lisa Mazzei, “Posthuman Enactments of Vibrant Data,” in which she considers the theoretical implications for “vibrant data” and the experience of living with or engaging more fully with the data we generate in the research collaboration. This level of engagement also points at the potentially radical, transformative potential of such collaboration.

This sort of self-reflexive work is—even if indirectly—inspired by the thinking and practice of psychodynamic therapists who engage relationally and in concert with their patients.

Check out this clip of feminist psychotherapist Jessica Benjamin explaining her efforts to work in an “intersubjective” space and thus towards a more unpredictable, transformational exchange in the consulting room.

Chiseri-Strater, Elizabeth. “Turning In Upon Ourselves: Positionality, Subjectivity, and Reflexivity in Case Study and Ethnographic Research.” Ethics and Representation in Qualitative Studies of Literacy. Eds. Peter Mortensen and Gesa Kirsch. Urbana: NCTE, 1996. 115-33. Print.